The Union minister said, "Rahul's remarks are a waste of time" - Latest Of News 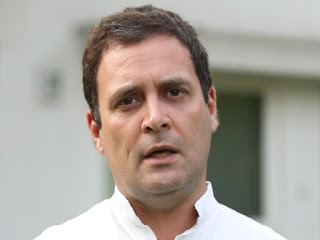 Bengaluru: Union Minister D. V. Sadanand Gowda did not give much consideration to Congress President Rahul Gandhi on various issues, saying on Tuesday that saying something on them is a ‘waste of time’.

The Minister for Statistics and Program Implementation also said that before giving any statement on any issue, Rahul Gandhi neither did any study nor any research.

Gowda told reporters here, “It is not ok to comment on Rahul Gandhi. It is a waste of time because they do the same things over and over again. ‘

They said, ‘They do not study things. They do not go to the bottom of any issue. Whatever comes in his mind, he just speaks it and after that he goes behind him. ‘

There are reports that Rahul Gandhi is trying to withdraw from some allegations against Kartikeya, son of Madhya Pradesh Chief Minister Shivraj Singh Chauhan. Gowda was answering the question asked in this regard.

Kartikeya filed a criminal defamation case against Rahul Gandhi in Bhopal court on Tuesday. He alleged that Congress leader deliberately blamed him and dragged his name in alleged tax evaders in the Panama Papers case.

Rahul Gandhi made this comment during an election rally in Jhabua, Madhya Pradesh on Monday. However, he said that he wants to clarify on his statement that he had misunderstood and the connection with the son of the Chief Minister of Madhya Pradesh has nothing to do with the Panama Papers case.

You will be surprised by this: Now you will have a son or a...

CG ELECTION: Such elections are preparations in Khairagarh, 24 companies of paramilitary forces will...